Violin or Fiddle? What's the Difference?

Violin or Fiddle? What's the Difference?

Settling the Subtle Differences Between These Not-So Distant Cousins 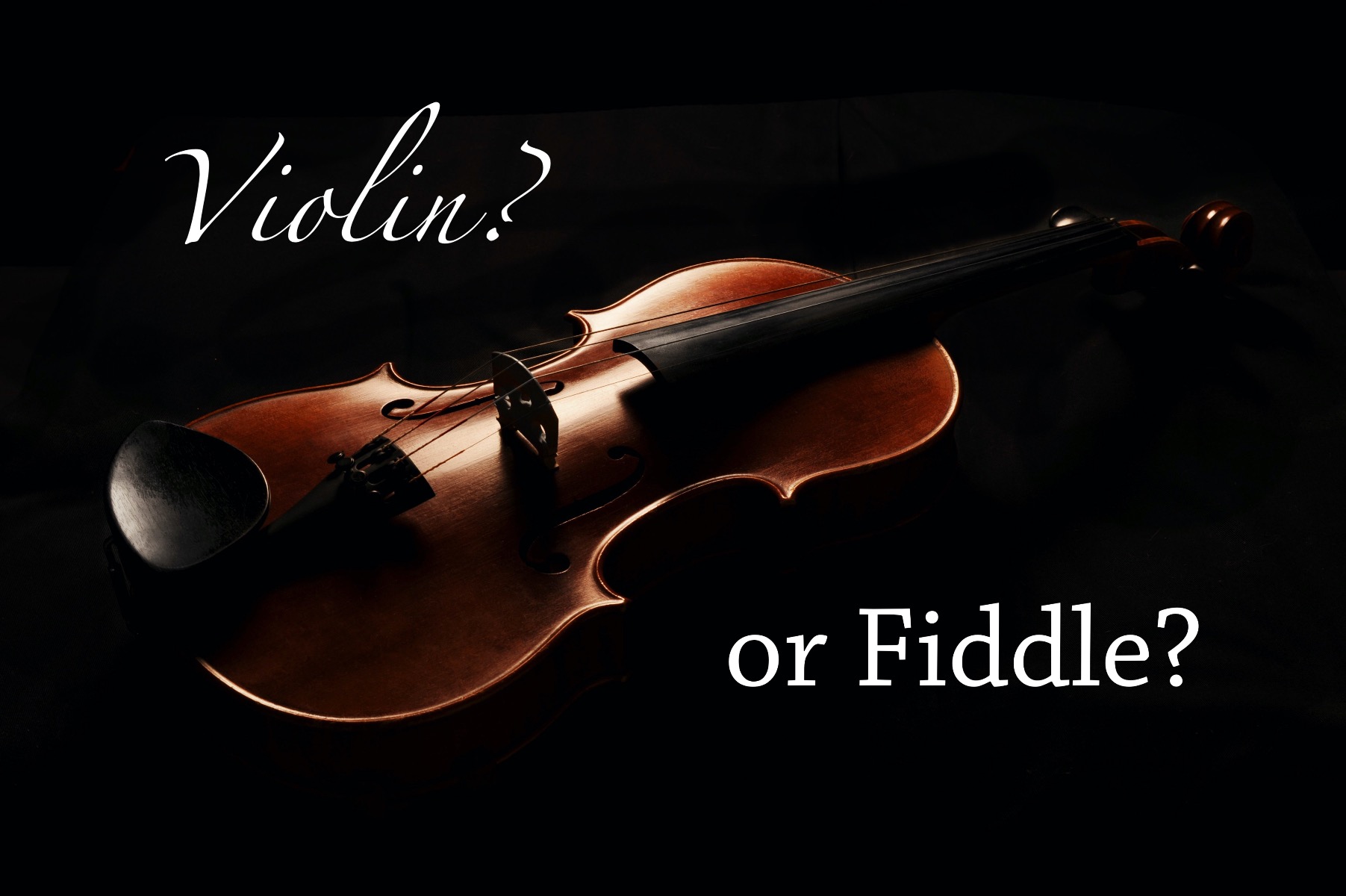 As referenced to in USA Today's WonderQuest Science Column, January 2, 2007

“That’s a fine lookin’ fiddle ya got there, kid.”

I gritted my teeth into a forced smile and quietly thanked the old man at the bus stop. “Fiddle!?” I thought, gritting my teeth into a polite smile. [“It’s a V-I-O-L-I-N, old man!”]

Teenagers can be overly-sensitive and easily embarrassed, but this adolescent chickie had a bit too much pride in self-labeled “superiority as a classical musician,” which meant I was annoyingly arrogant and a general pain in the butt.

Humbled by merciless teasing in jazz college opened my eyes to the music outside my sanctioned little bubble.

I learned to fiddle.

For the most part “fiddle” is a style of music, such as Celtic, Bluegrass or Old Time. Nevertheless, there are a few differences and, sadly, stereotypes between "fiddle and violin."

We've jokingly threatened Snowball that she’ll be taking a trip to the string factory if she doesn’t stop scratching the couch. There’s the violin’s dark and fake secret stretching dried cat guts to make a "gut" string. (Run Snowball, run!). This used to be the principal method of making violin strings, though it was never made from kitties.

Gut strings possessed a rich and full quality ideal for orchestral playing. They weren’t perfect for the bank account, however, and fiddlers resorted to the cheaper alternative: steel. Steel strings have a “bright” timbre (tone) and carry well in a solo situation.

Steel strings are very difficult to tune with the violin’s clumsy wooden pegs. Many steel strings were broken until the glorious invention of fine-tuners, the tiny little metal mechanisms on the tailpiece that makes tuning a piece of cake. Violinists adopted this technology for use on their steel “E” strings which is quite difficult to tune with the peg.

When I was youth symphony many players removed their lower string fine tuners haughtily, like a child insisting training wheels are for babies. The use of fine tuners on all four strings unfortunately had become associated with less skilled musicians since fiddlers used them.

There is also evidence that fine tuners alter the quality of harmonics (higher frequencies), but this it's to be debated too. Thus a ridiculous stereotype was invented: violinists use the pegs, fiddlers use fine tuners.

It is thought that fiddles are simply cheap violins. At one time this could have been true, as poorer or rural folks usually played home-made fiddles, not Strads. They were less likely to afford private lessons or attend the symphony, but learned traditional tunes at jams and ceilidhs (kay-lees).

Since many fiddlers back then didn't have violin teachers, most couldn't read music and played everything by ear, whereas violinists could read music usually could not improvise. Another stereotype was invented.

Holding a violin with one’s jaw makes it nearly impossible to talk and play simultaneously (similar to walking around with your pants around your ankles, but perhaps not as taboo). Square dancing fiddlers dealt with this difficulty by holding the violin down on their arm rather than under the chin, freeing up their jaws to “call” the dance moves. This technique is a big no-no in classical playing (realm of the shoulder rest) and it created yet another rift between violin and fiddle.

Luckily it seems the violin/fiddle gap has narrowed considerably in the past few years. Most players use new, cruelty-free hybrid strings with a synthetic gut core and metal winding that posses a full and rich, yet clear, tone and respond well to both classical and fiddle playing. Many modern classical violinists aren’t so sticky about fine tuners anymore as they are seen as an advantage over using stubborn old pegs.

The resurgence of fiddle music in pop culture has created an opportunity for fiddlers to aspire to a higher level of playing ability and for violin students to branch out and try other genres of music. Hence fiddlers and violinists alike have finer instruments and a formal music education.

Fiddle technique is being abandoned by many fiddlers who have discovered the benefits, such as greater speed and fewer backaches, of the classical technique. New programs in music education has produced fiddlers who can read music and violinists who can improvise.

As more musicians branch out musically and develop new ways of playing there will be little difference between "violin” and “fiddle.” Musicians will feel much more comfortable playing with each other and the stereotypes will fade away, both violin and fiddle will be valid.

You’ll see the old man at the bus stop whistling to “Celtic Swing Baroque Techno” on his iPod. 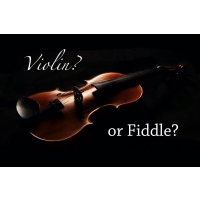